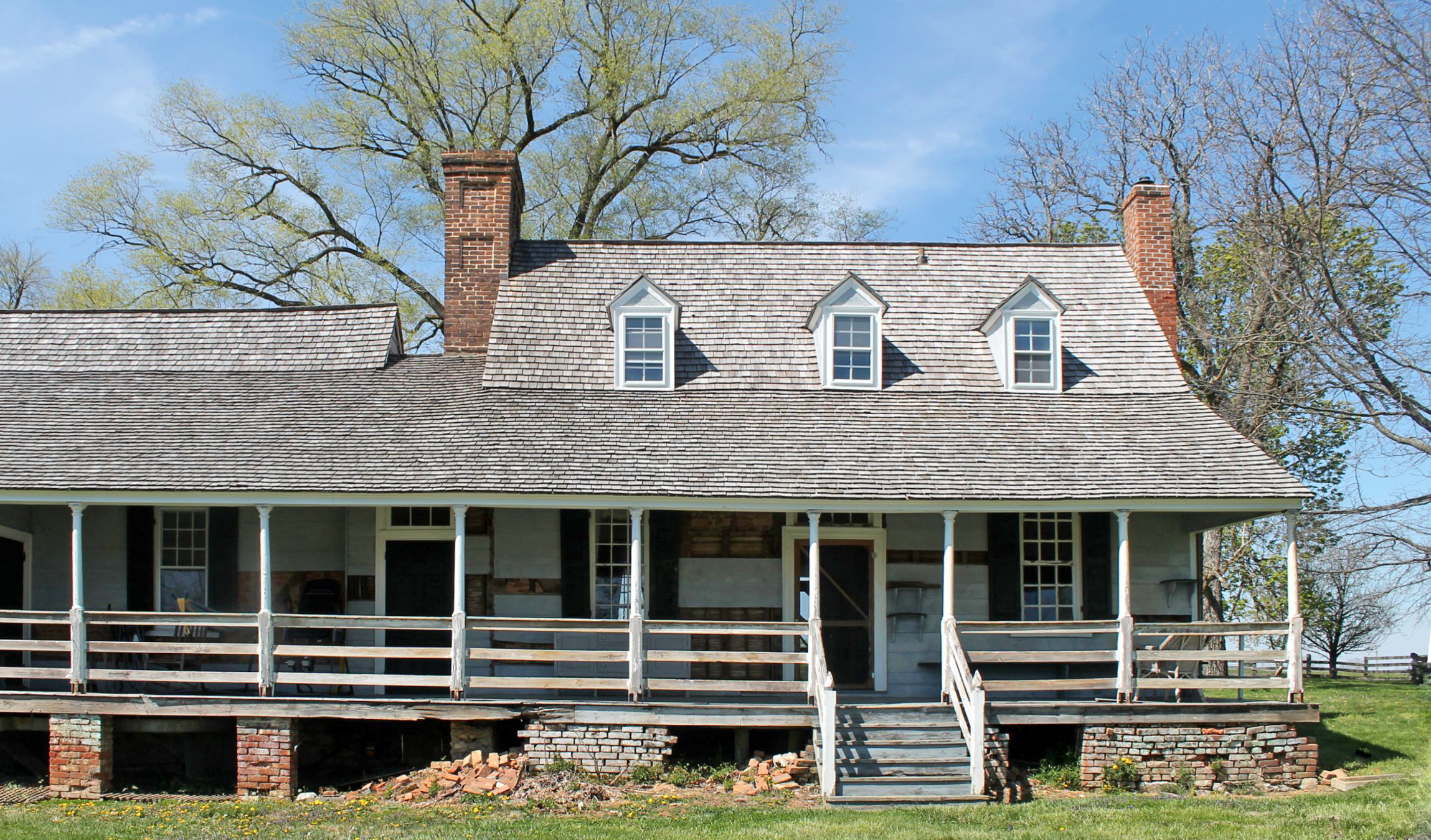 Characterized by rolling pasturelands near the Shenandoah River and numerous historical outbuildings, Clermont, a 360-acre farmstead, has remained intact for over 250 years and still affords undisturbed views of the Blue Ridge Mountains. It is located in the Chapel Rural Historic District on the eastern edge of the Clarke County town of Berryville. The farm’s main dwelling has evolved over time to the distinctive five-part house seen today. The original one-and-a-half-story easternmost frame section was built in 1755, complemented by a detached one-story frame kitchen dating to 1776 (both dates based on dendrochronology). As a prosperous planter’s house of the period, it is similar architecturally to houses of the same era in the Piedmont and Tidewater regions of Virginia. The house features a central-passage, single-pile plan with a narrow corner stair hall perpendicular to the central passage. With subsequent additions made ca. 1810, ca. 1840, and 1970, the house retains remarkably well-preserved interior woodwork from the late 18th through the 20th centuries. Clermont’s rich farmland proved to be excellent soil for wheat production and other grains, which were the major agricultural products of the Shenandoah Valley from the latter 18th through the mid-19th centuries. After the Civil War, Clermont’s owner made a portion of farmland available to former slaves and other African Americans to purchase, giving rise to the surviving community of Josephine City, which may have been named for a servant at Clermont. Owner Elizabeth Rust Williams gifted the property to the people of Virginia in 2004, under the care of a supporting foundation and the Department of Historic Resources.