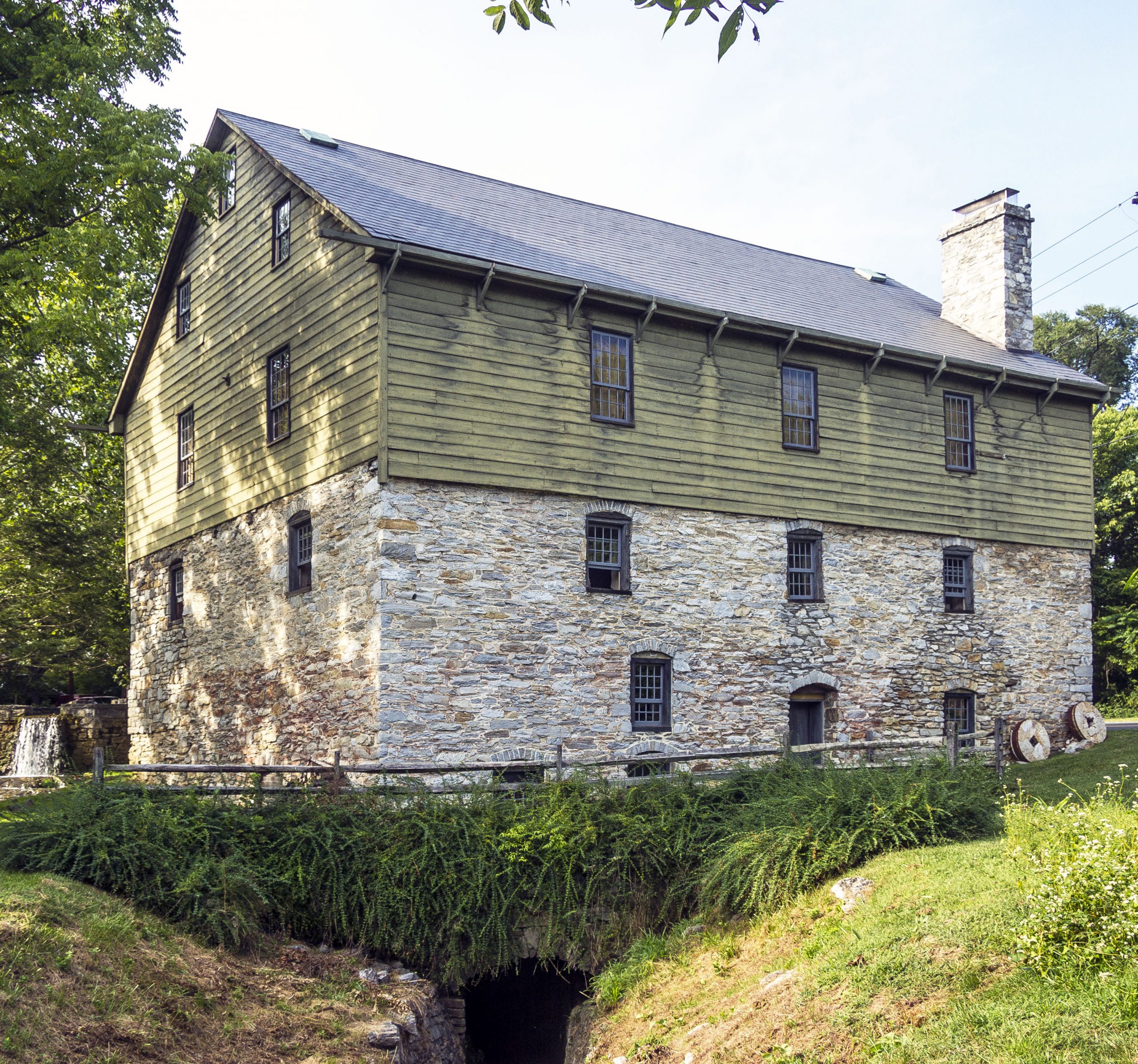 Located in Clarke County’s Chapel Rural Historic District, this carefully restored, fully operational exhibition mill is the historic focal point of the tiny town of Millwood. The massive gabled structure preserves an important facet of the region’s agricultural history, a relic of an era when the area’s many productive farms were served by large commercial gristmills. The mill was begun in 1782 by Col. Nathaniel Burwell of nearby Carter Hall. Burwell’s partner in the enterprise was Gen. Daniel Morgan, the Revolutionary War hero who settled just west of Millwood. The building’s original portion is built of native limestone; the wooden third story was added after 1872 when the mill was acquired by T. M. Eddy and A. H. Garvin. Restoration of the mill, including the considerable quantity of early machinery, was undertaken in the 1960s by the Clarke County Historical Association. Its grounds have been landscaped by the Garden Club of Virginia.