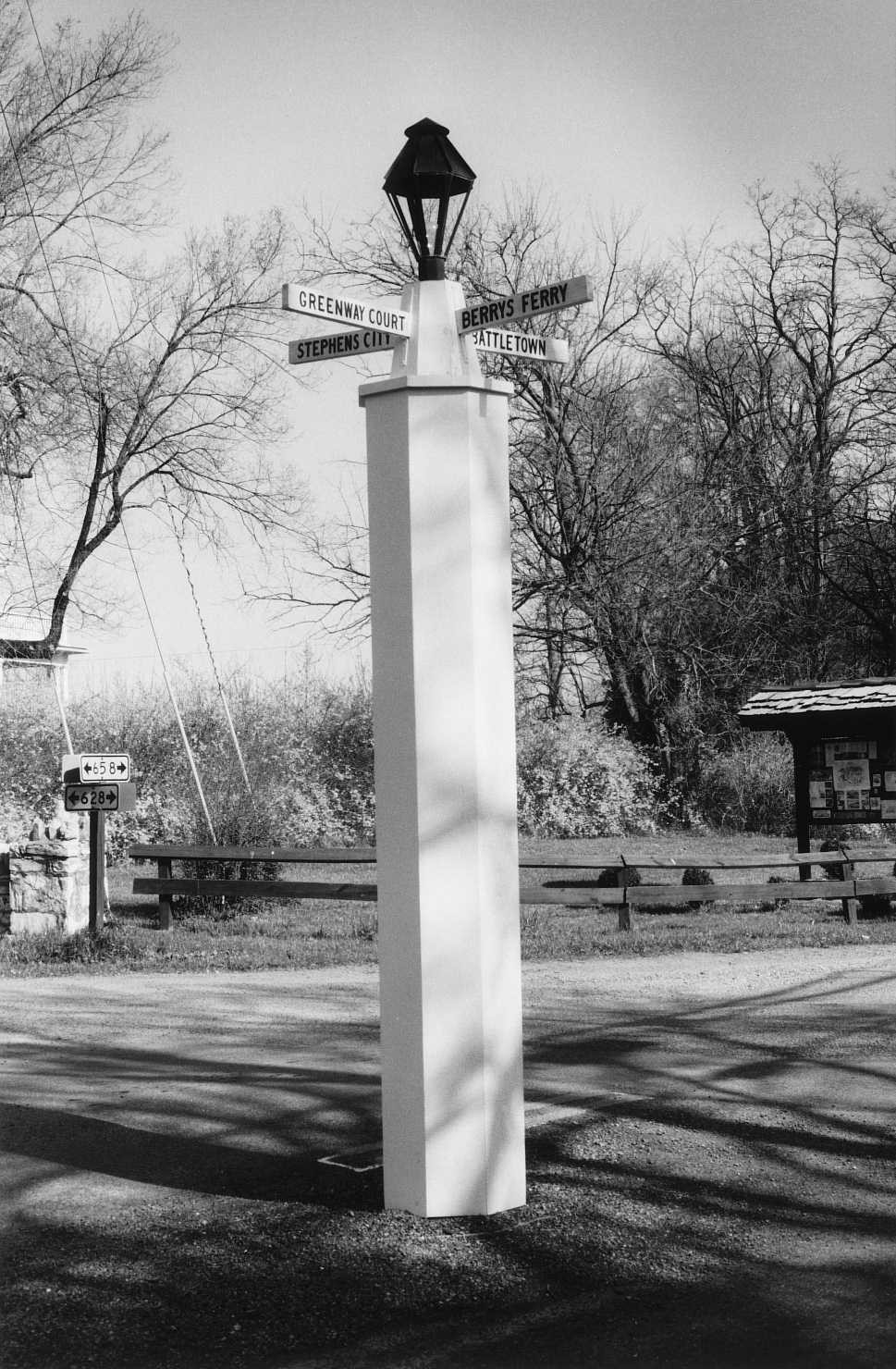 The crossroads village of White Post grew up around the whitewashed wooden marker that Thomas, Lord Fairfax, had erected in the 1760s to point the way to Greenway Court, the nearby estate from which he managed his vast proprietary holdings. The octagonal post that gives the town its name has been replaced several times, but its form has been maintained as a village landmark and symbol of community identity for over two centuries. Bishop William Meade, who led the 19th-century revival of the Episcopal church in Virginia was born in White Post. The village today is a visually cohesive grouping of some twenty-one residences, two churches, and several commercial structures in local vernacular styles and ranging in date from the 1790s to the 1920s. The principal architectural landmark, the 1875 Bishop Meade Memorial Church, is a rugged work of country Gothic Revival.