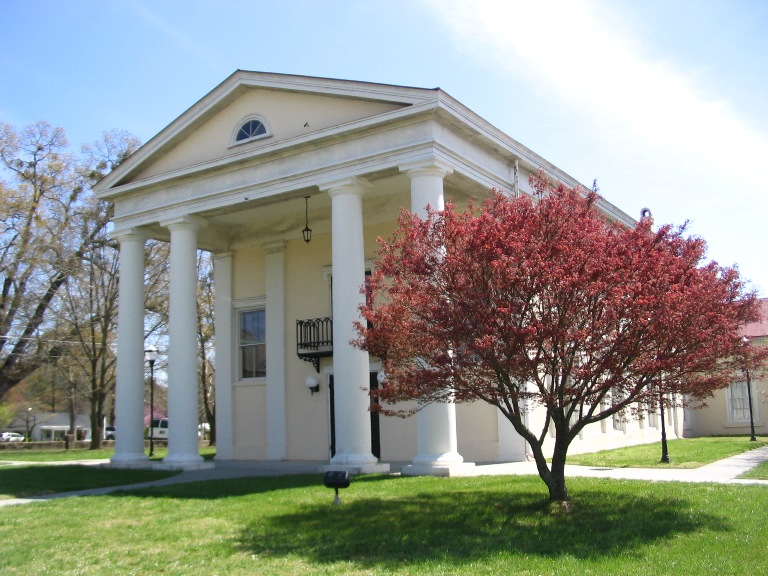 Since its completion in 1851, this simple Greek Revival public building has been the architectural focal point for this Southside county seat, formerly known as Dinwiddie Court House. It was described as a “very neat and tasty building” when first opened, doing “great credit to the builder.” The courthouse was remodeled in 1858 when its interior was divided into two floors and the courtroom was relocated on the upper level. In March, 1865, Union general Philip Sheridan, leading his troops in a drive on Petersburg, was checked temporarily at the courthouse by Maj. Gen. George E. Pickett. The next day, April 1, the two commanders clashed again at Five Forks, where the Union victory compelled Lee to evacuate his army from Petersburg and Richmond. The courthouse received its Doric portico in 1933 through federal government assistance.