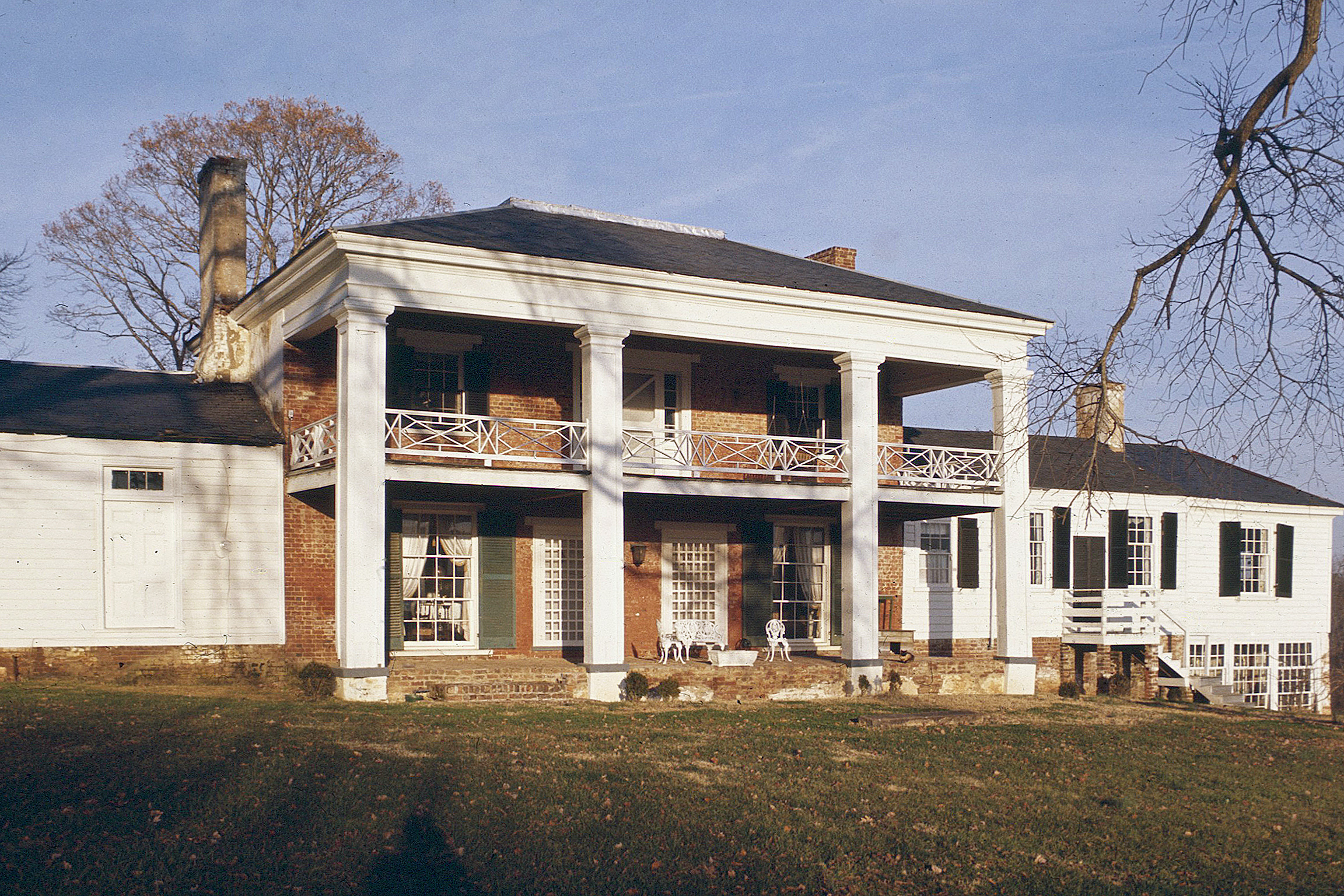 Situated in a rolling pastoral in a Goochland County setting overlooking the James River, Bolling Island’s plantation residence is a much-evolved structure whose earliest portion, a section of the east wing, dates from about 1771. The central brick core was built between 1800 and 1810. The entire house was given its present appearance through a substantial remodeling carried out between 1820 and 1835 by Thomas Bolling, son of Col. William Bolling of Bolling Hall. Thomas Bolling gave the house the look of a Classical Revival villa by installing triple-hung sash and adding the portico with its Chinese lattice railing. An orangery was added to the east wing. The resulting composition has the Palladian-type tripartite scheme popularized in the region by Thomas Jefferson. Along with its three remaining dependencies, Bolling Island preserves an image of a prosperous early-19th-century family seat of the Virginia Piedmont.