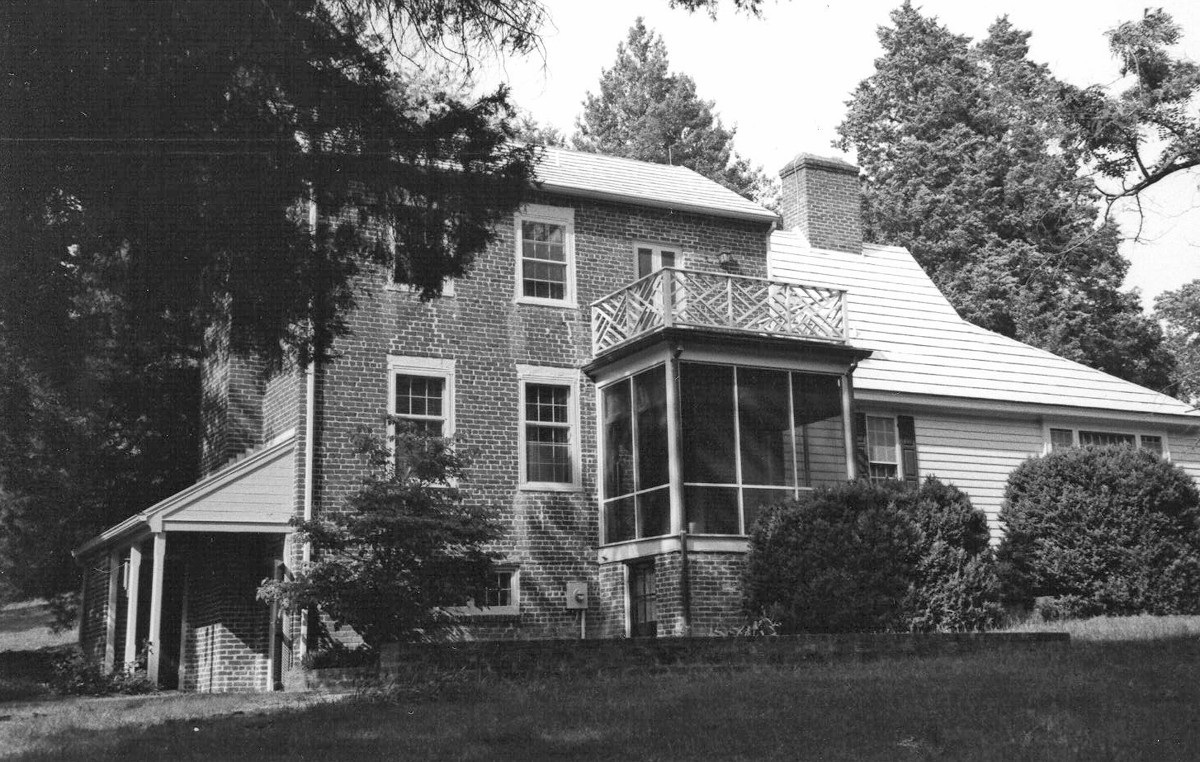 Springdale, dating from the early 19th century, is a brick farmhouse with a modern frame addition. The simplicity of its original decorative details supports the tradition that it was built for Quakers. The land on which Springdale stands was owned by the Pleasants family, prominent Quakers, in the early 18th century. Subsequently, one member, Joseph Pleasants, owned it from 1846 until 1877. Built into the side of a hill, the three-bay farmhouse is one of the few one-over-one-over-one houses in the area. The windows of the original section have symmetrically molded architraves with roundel corner blocks. Each window is topped with a narrow plastered recessed flat arch. The original interior is very simple but includes window trim similar to that on the exterior, a mantel trimmed with minimal pilasters, and a narrow stair with plain balusters square in section. In 1965, a one-story frame wing designed by Richmond designer Andrew Kidwell was added by Richard Reynolds, Jr., president of Reynolds Aluminum.