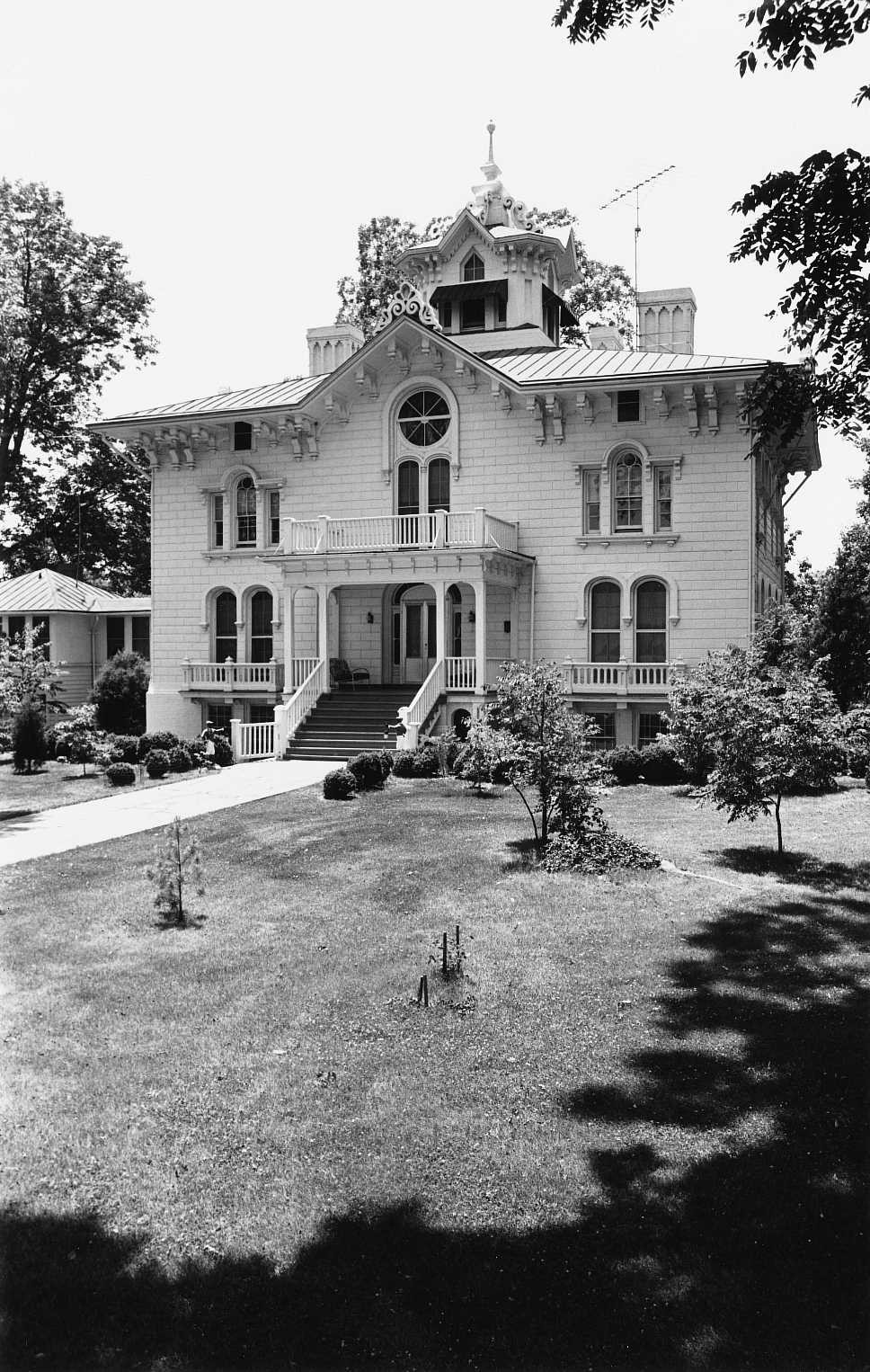 The vibrancy that American ar-chitects gave to the Italian Villa style is no better shown than in Mayhurst, described by architectural historican William B. O’Neal as “a delicious Victorian fantasy.” The architect has not been recorded; however, its stylistic similarity to Camden in Caroline County has led to its attribution to Norris G. Starkweather of Baltimore. The designer might also have been Charles Haskins of of Haskins and Anderson of Washington, D. C., who designed the Italian Villa-style Orange County Courthouse. The tall structure, decked out with a bracketed cornice, rusticated wood siding, and a cupola terminating in a scroll ornamented finial, illustrates the mid-19th-century taste for the exotic. The house was commissioned by Col. John Willis, a great nephew of James Madison and was begun in 1859. Restored as an inn, at the time of its listing, Mayhurst retained its park-like setting.