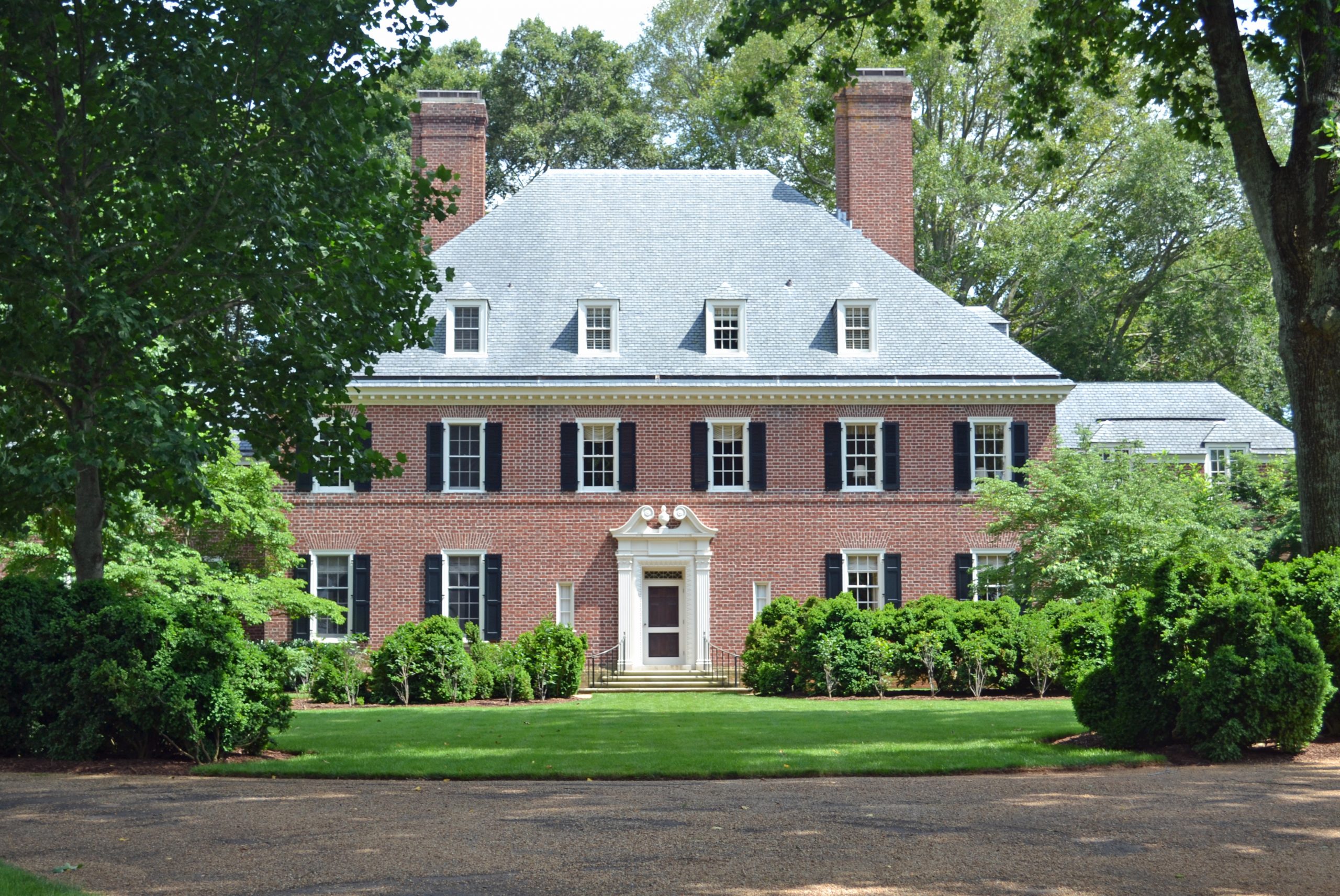 Grelen is a formal, high-style Georgian Revival house designed by Walter Dabney Blair in 1935, with gardens by Arthur A Shurcliff, chief landscape architect for Colonial Williamsburg. Built for Will R. Gregg, a successful attorney with the New York City firm of Carter, Ledyard and Milburn, the house and surrounding landscape became an idealized extension of the Jeffersonian agricultural tradition. Grelen was designed as a working farm in Orange County that included cattle, sheep, pigs, and chickens as well as corn, alfalfa, clover, and various vegetables. The formal gardens were supported by a small nursery. Specimen trees, such as mature holly, magnolias, and Japanese maples surround the gardens. Architect Walter Blair (1877-1953) was trained at the University of Pennsylvania and the Ecole des Beaux-Arts in Paris. He was responsible for numerous important Virginia projects, including the McIntire Public Library (Charlottesville), additions to the University of Virginia Hospital and Scott Stadium, as well as Thornton Hall, School of Engineering at the University of Virginia. Landscape architect Arthur A Shurcliff’s gardens complement the formal architecture. Shurcliff (1870-1957) was graduated from Massachusetts Institute of Technology and Harvard and worked in the office of Frederick Law Olmsted, Jr. His most notable work was accomplished at Colonial Williamsburg, but he also completed designs at Stratford Hall, Smith’s Fort, and Wilton.