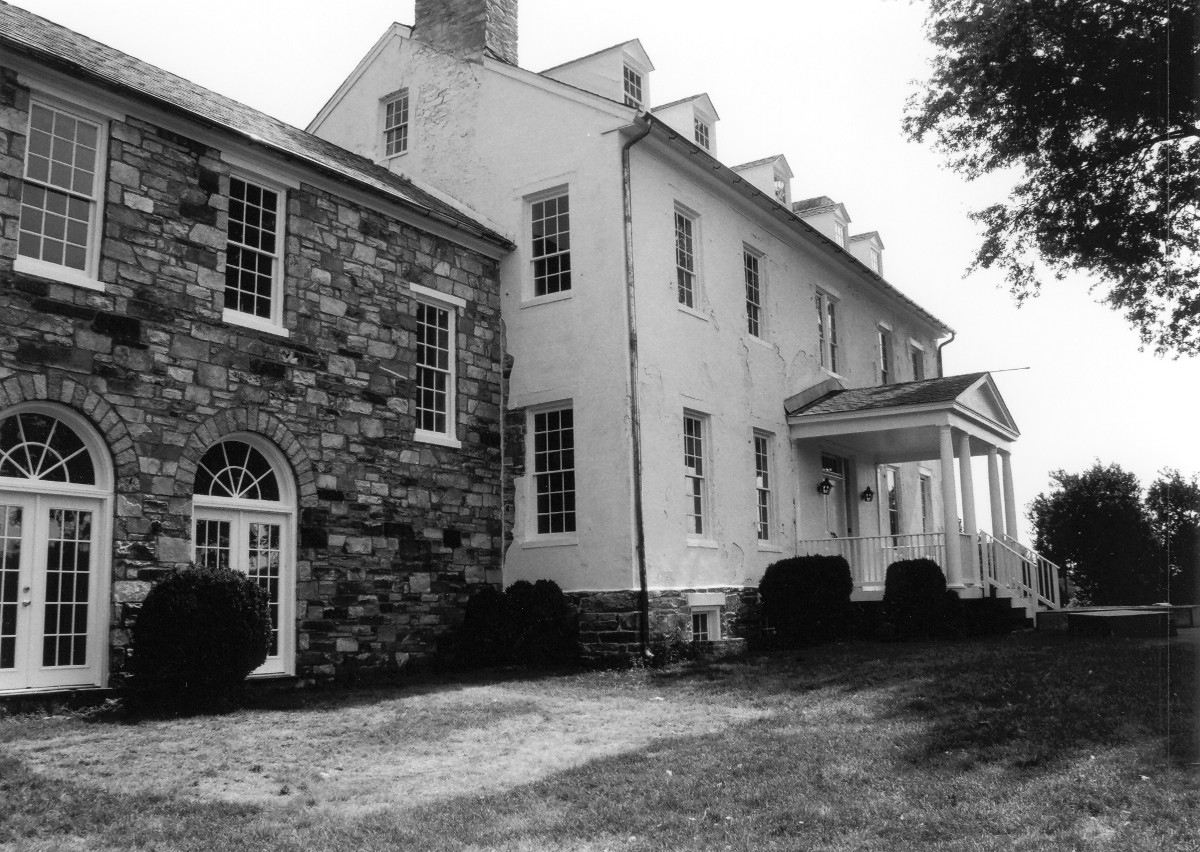 Once part of a large plantation, Evergreen, now the centerpiece of a country club in Prince William County, was built as a Greek Revival house in 1827; alterations in 1940 included the addition of two flanking wings on either side of the original stone building. From 1845 to 1915, it was the home of Edmund Berkeley, a successful farmer and landowner. Berkeley organized Company C of the 8th Virginia Infantry in the Confederate army, which became known as the “Berkeley Regiment,” honoring him and his two brothers, who also served in the company. An early proponent of preserving the First Battle of Manassas battlefield, Berkeley was also prominent in veterans’ affairs after the war and often called on to speak at ceremonies as a representative of the “Lost Cause.” Evergreen’s 1940 alterations were undertaken by its then owner, Thomas Delashmutt, a civil engineer whose company constructed The Pentagon’s roadways and did site work at Reagan National Airport.