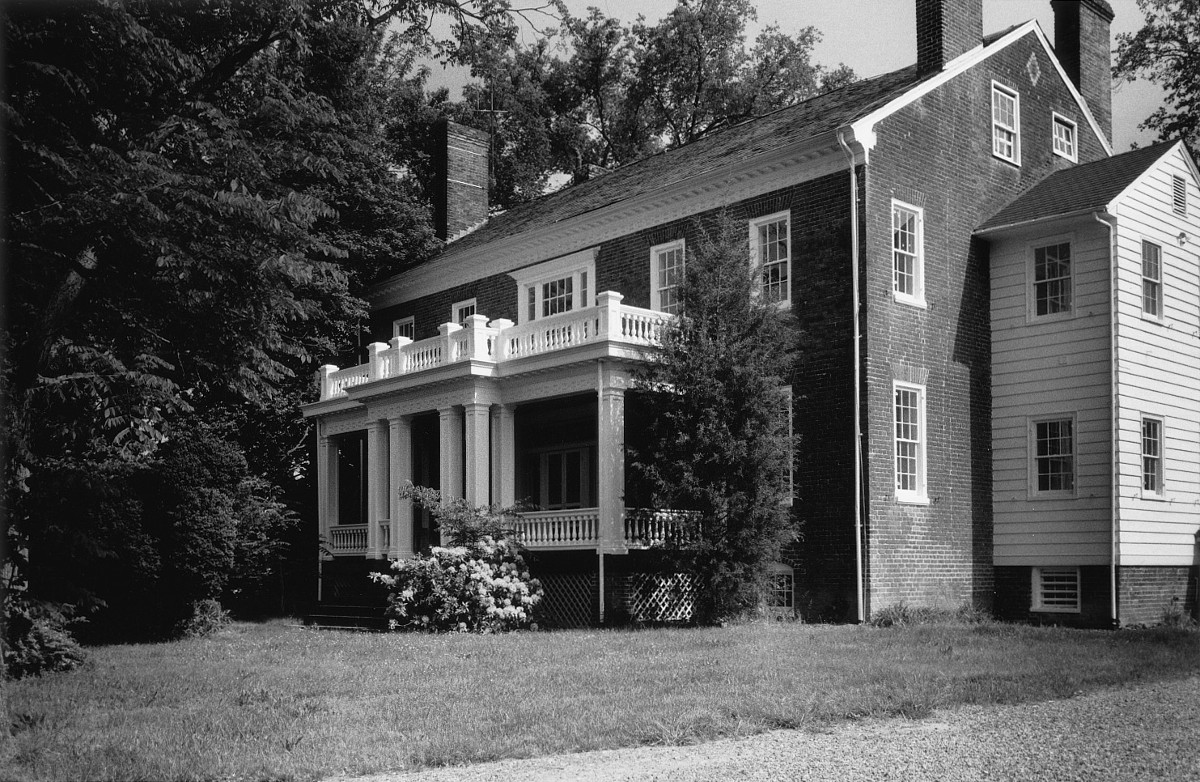 Among the largest and finest of the various late Federal plantation houses scattered though Spotsylvania County, Fairview was built in 1837 by the entrepreneur, builder, and planter Samuel Alsop, Jr. as his own residence. The double-pile structure has an almost overwhelming scale, one tempered by carefully handled proportions. The large front porch is a mid-19th-century replacement of the original, but repeats original details. The interior preserves nearly all of its fine woodwork. Originally encompassing 1200 acres, the plantation was developed for housing in the 1970s, leaving the house with five acres. A two-story dependency with a ten-foot cooking fireplace and caretaker’s quarters is the only remaining outbuilding. Alsop built numerous houses in the vicinity including Oakley (1828), Kenmore Woods (1829), Coventry (1834) Mill Brook (1836), and several Fredericksburg houses. As demonstrated at Fairview, intricately carved wooden mantels were Alsop’s trademark.