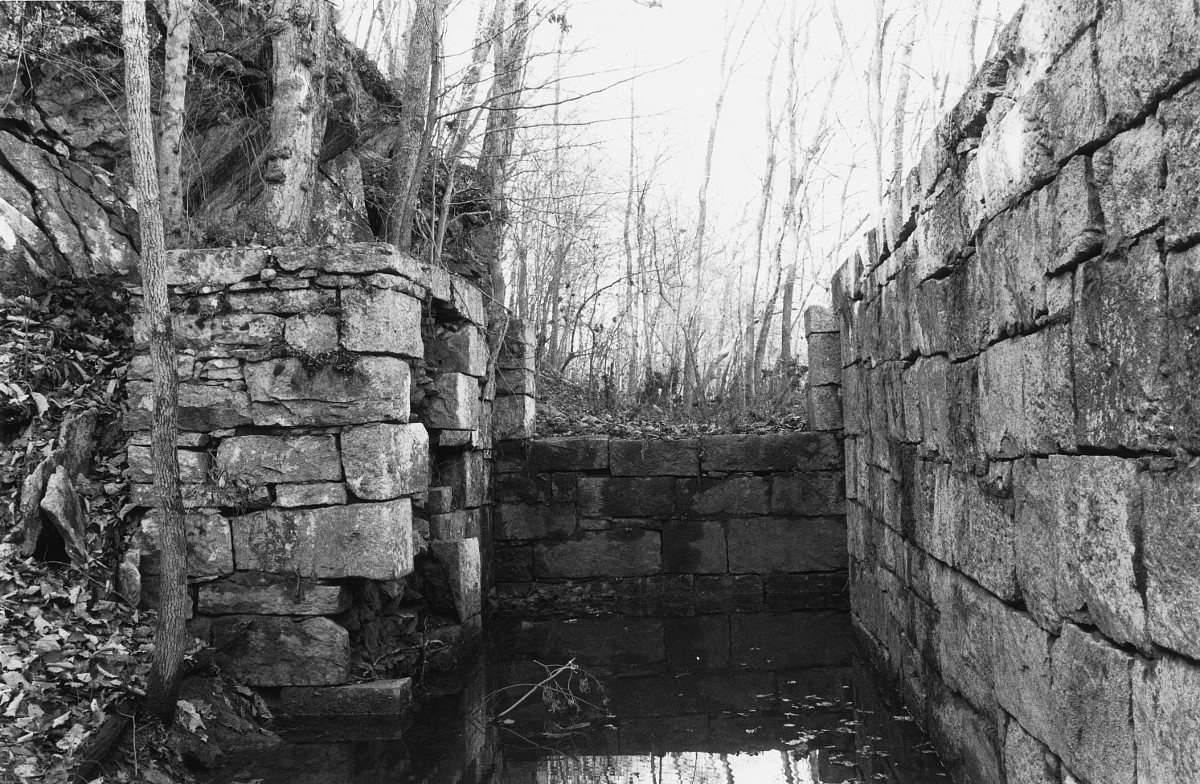 The Rappahannock Navigation, which consisted of twenty dams, each with its own system of locks, is ranked by canal experts as the country’s most intact example of a lock-and-dam navigation system for bateaux. The Rapidan Dam Canal with its associated locks is the system’s best-preserved segment. The system was a compromise—typical in southern waterways—between an expensive continuous canal for horse-drawn boats and an inexpensive but unreliable riverbed sluice navigation for bateaux, which were poled and rowed and required no towpath. Construction of the fifty-mile project began in 1829 and was not completed until twenty years later, just as railroad competition made it useless. The Rapidan Dam Canal parallels the Rappahannock River from the mouth of the Rapidan for one and a half miles and then reenters the river through three locks.