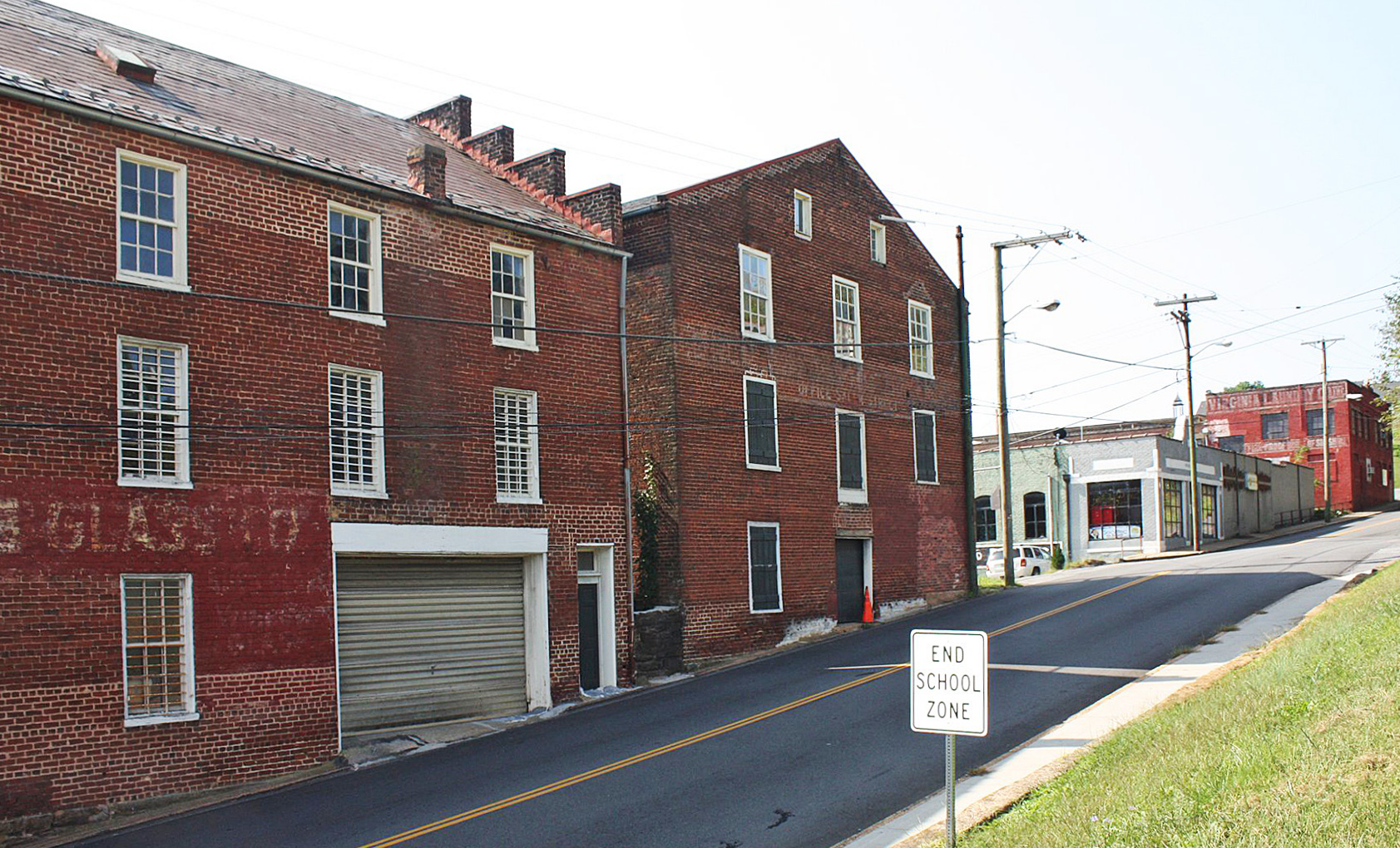 With the completion of the Lynchburg and Salem Turnpike in 1836, the 12th Street corridor became a gateway from western regions to the city’s commercial heart. In the mid-1800s, 12th Street emerged as a center for tobacco, with industrial enterprises expanding west from the James River and Kanawha Canal and railroad operations in the Lower Basin. Following the Civil War, the corridor grew through the end of the 19th century with construction of new tobacco factories and warehouses, attracting a large African American workforce. While most of the buildings in the district were built for the purpose of processing and storing tobacco, some would accommodate a variety of other uses including housing a Civil War hospital and an African American school and lodge. After the decline of Lynchburg’s tobacco industry in the early 20th century, other industries, such as commercial laundries, arose as the local economy diversified. The oldest building in the district today is a circa 1858 tobacco prizery.