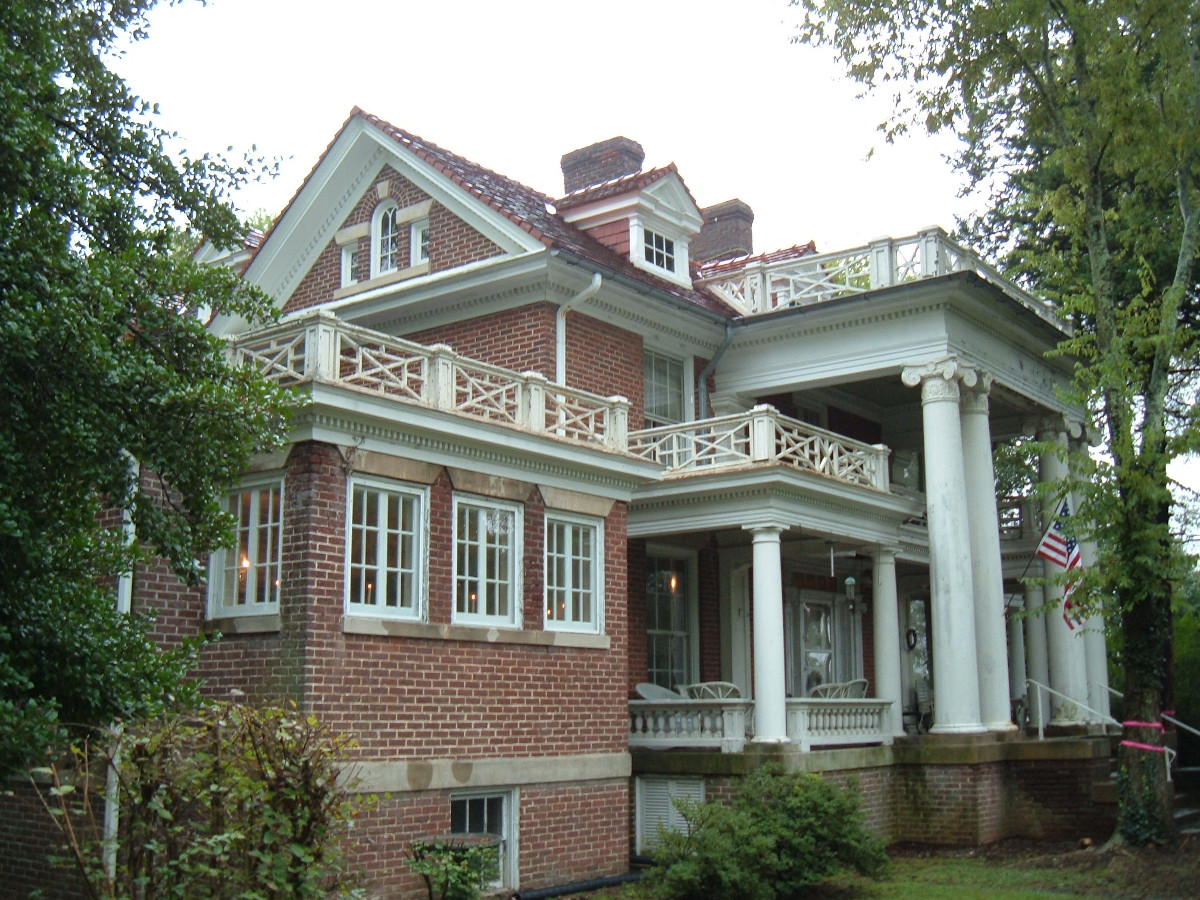 The current appearance of the Boxley Place is that of a brick Colonial Revival-style house, dominated by a monumental entrance portico with Ionic and Tuscan columns, and featuring large side and rear additions. However, this is its second incarnation. The original house, built in 1860, was a frame Italianate/Greek Revival-style dwelling with a modest one-story porch, built for a local dentist, Dr. Edwin Lee Smith. In 1918 Richmond architect D. Wiley Anderson remodeled it into the popular Colonial Revival style for Bruce and Ethel Boxley. The elaborate Boxley Place is one of Anderson’s three designs in Louisa, joining the Louisa County Courthouse, and a smaller and less ornate residence, and is in the style for which he is most well known. It showcases elements typical of his Colonial Revival designs, such as the large portico and dominant dormers. Presumably, the Boxleys became familiar with Anderson’s work after he received recognition for his 1905 design of the courthouse, and commissioned him shortly thereafter to redesign their home.