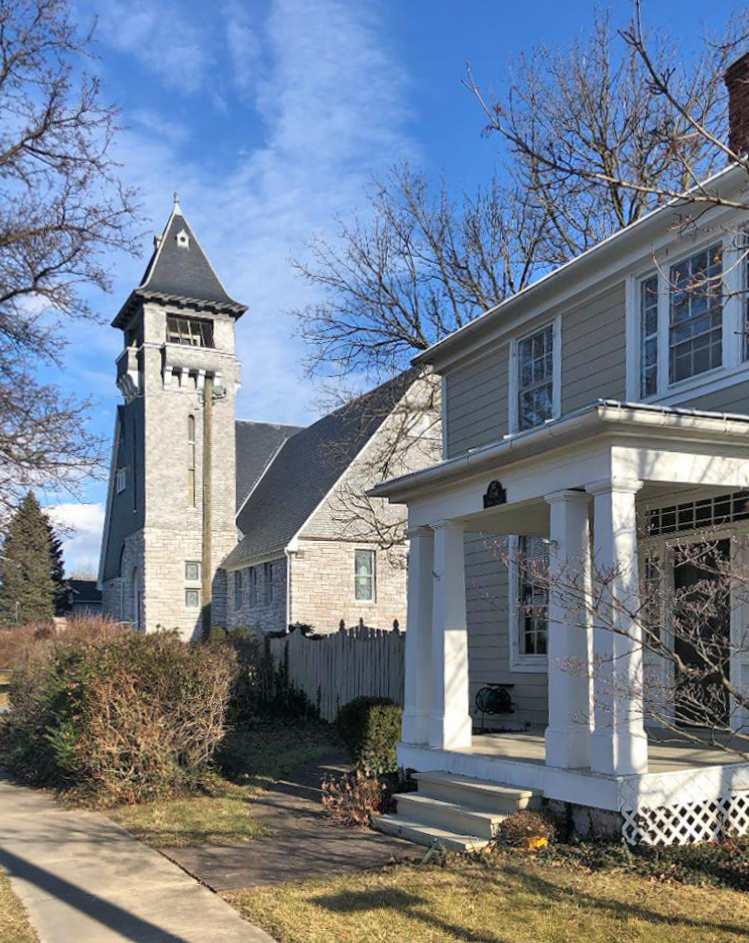 Middletown Historic District encompasses most of the town of Middletown, located in southwestern Frederick County in the lower Shenandoah Valley. Established by an act of the Virginia General Assembly in 1794 at the request of Dr. Peter Senseny, who laid out the original 60-acre plan of half-acre lots, the community developed along the Great Wagon Road, later known as the Valley Pike (today’s U.S. Route 11). Frederick County’s third oldest town, Middletown represents a typical planned community of the late-18th-century, with a main thoroughfare flanked by parallel streets and intersected by shorter cross streets. The Valley Pike was important to the town’s economic development as evidenced by one of Middletown’s most noted landmarks, the Wayside Inn, originally a tavern dating to the 1790s. Middletown is also significant for its variety of architectural styles and forms from the 1790s to the 1950s and ranging from late-18th-century vernacular log dwellings to mid-20th-century Colonial Revival buildings. The town also boasts an excellent example of the Gothic Revival in St. Thomas Chapel, built in 1836 and individually listed in the Virginia Landmarks Register and National Register of Historic Places.