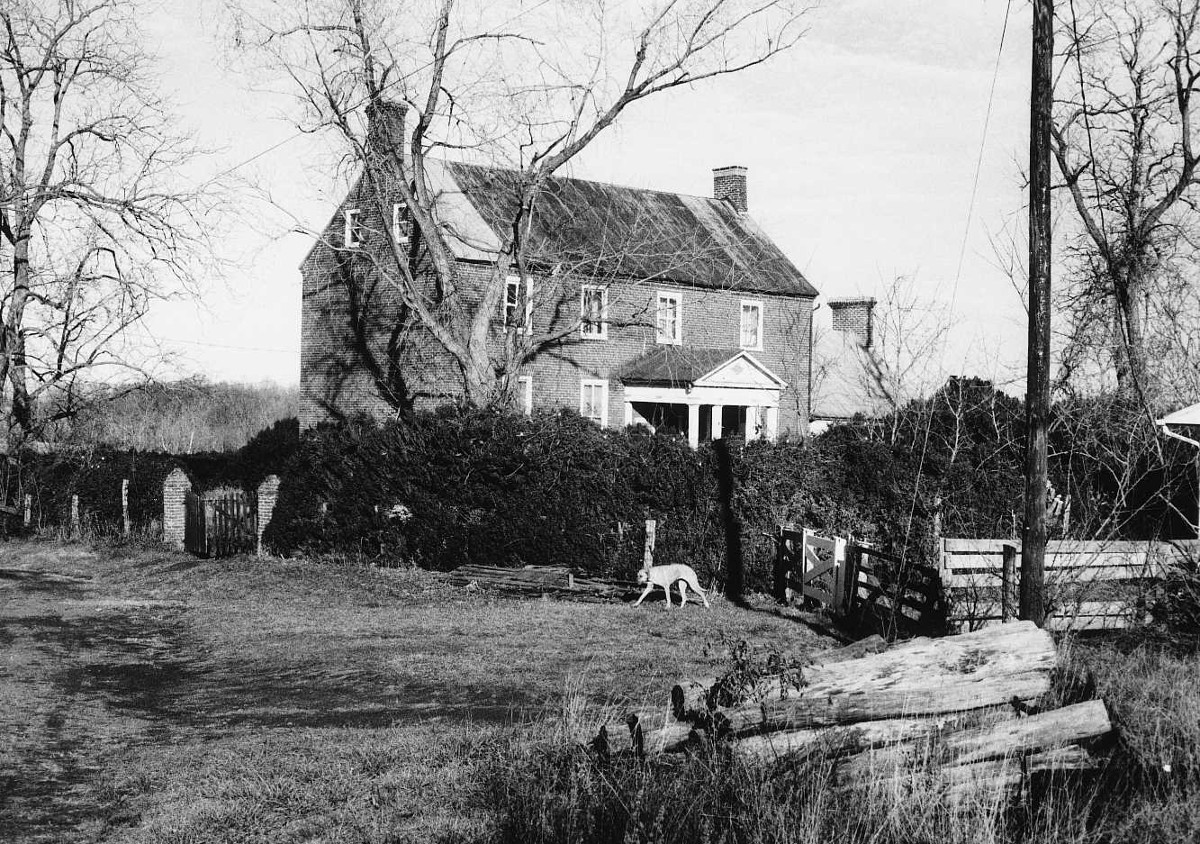 The prosperity of early-19th-century Prince William County is reflected in the number of substantial, albeit relatively plain plantation houses erected by the landed gentry. Moor Green, Liberia, Ben Lomond, Locust Bottom, and others show a certain kinship in the use of the I-house form, spare exterior elaboration, and restrained interior Federal trim. Locust Bottom departs from the norm by having a four-bay rather than a five-bay facade. James Green, owner of 610 acres, twenty slaves, and fourteen horses, had the main part of the house built around 1819. It was attached to a modest frame dwelling built in 1810 soon after Green purchased the farm. Although still the nucleus of a large farm, the house stands unrestored. Surrounding it are remnants of a large boxwood garden. A collection of farm buildings complements the agrarian landscape.