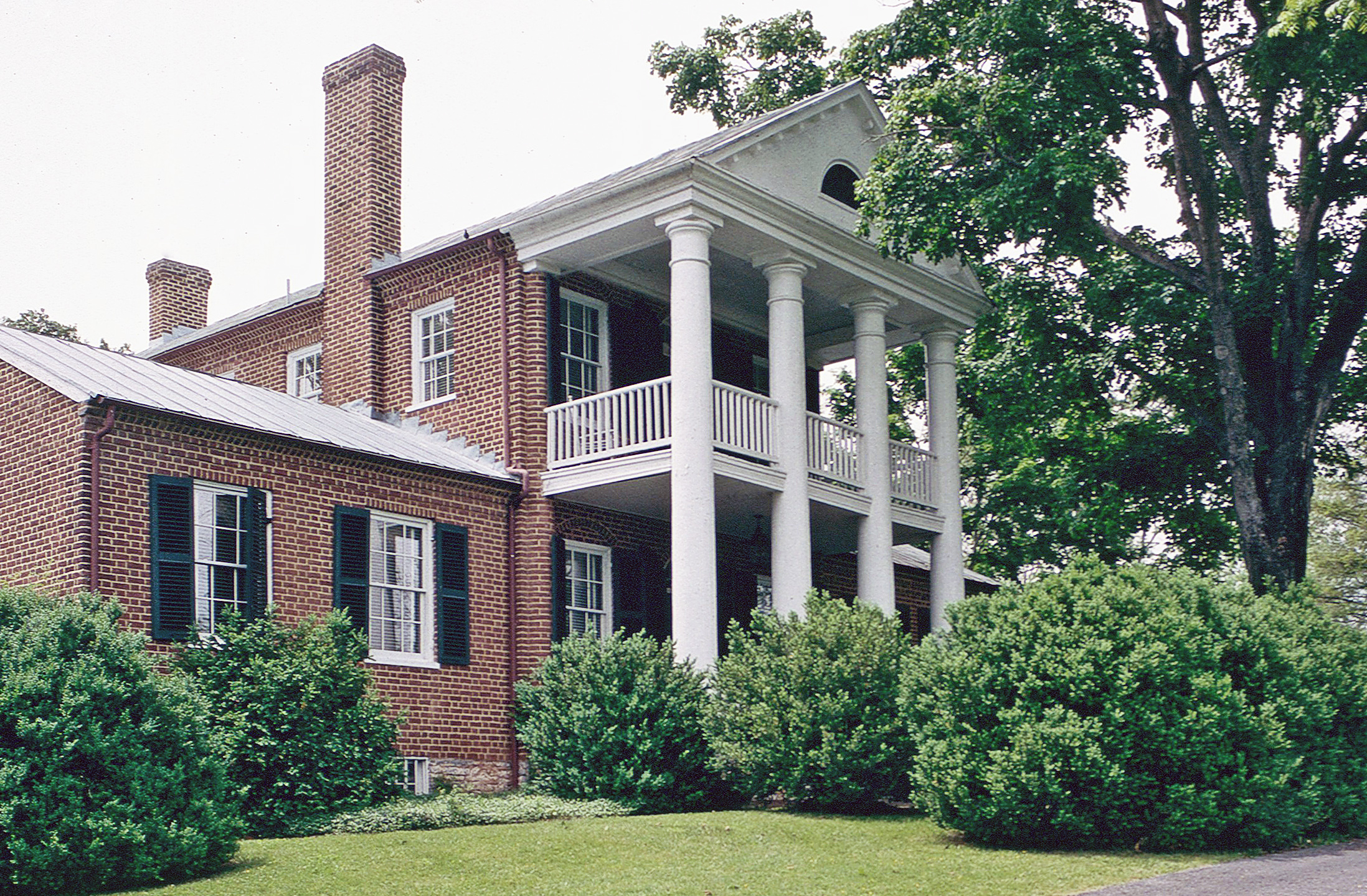 Erected in 1818 by entrepreneur and builder John Jordan as his own residence, Stono is noteworthy for its use of the three part Palladian scheme favored for a number of early 19th-century Virginia houses. Though its proportions and details are somewhat exaggerated, the layout and columned portico reflect Jordan’s exposure to the architecture of Thomas Jefferson, who was especially fond of these elements. Jordan made bricks for Monticello in 1805. With his partner Samuel Darst, he also designed and built the porticoed Washington Hall at Washington and Lee University, as well as other buildings in the Lexington area. He placed Stono in a commanding position above the Maury River, immediately east of the property where Virginia Military Institute was later established. Stono now serves as an official guest house for V.M.I. with the appellation Turman House.