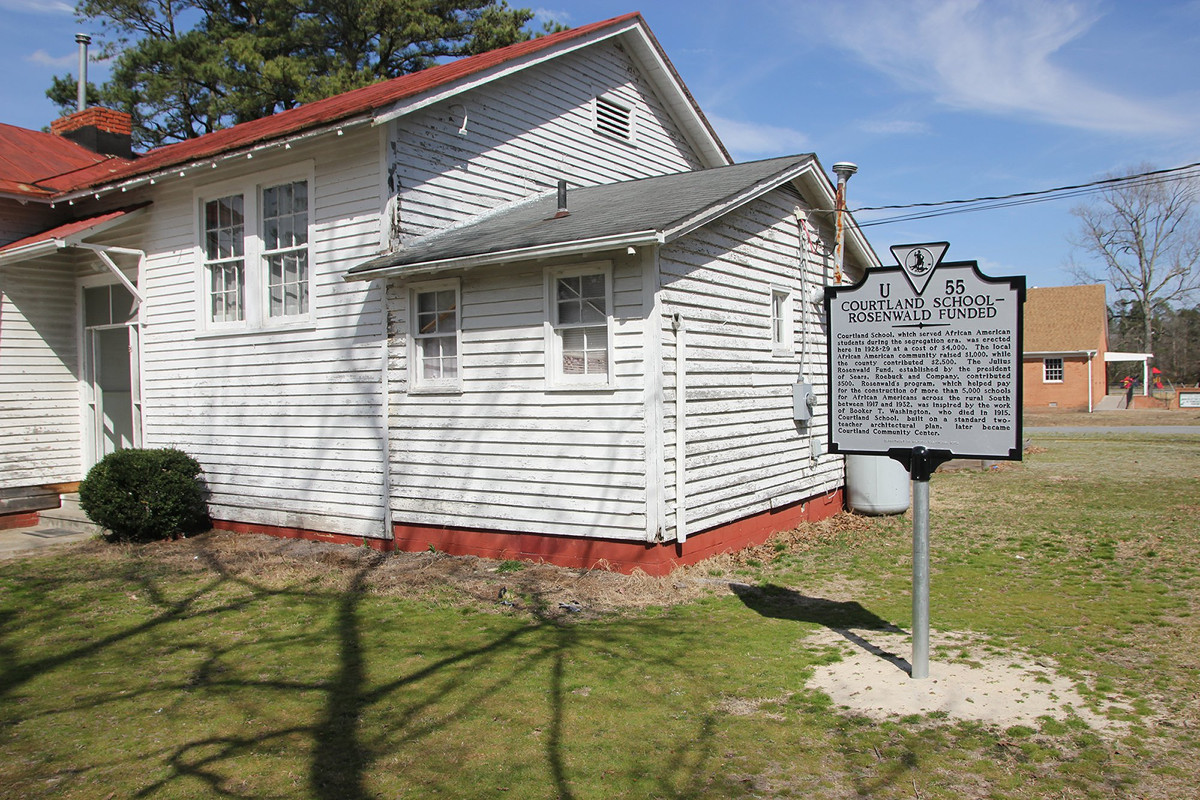 Courtland School in the town of Courtland, the Southampton County seat, served African American students from around 1928, the year of the school’s construction, through 1963, when it closed. The Julius Rosenwald Fund provided money and architectural plans to support the school’s construction. Rosenwald, president of Sears Roebuck and Company, collaborated with Booker T. Washington at the Tuskegee Institute to establish the fund to improve educational access for African Americans in segregated communities throughout the South. In Virginia, 367 Rosenwald schools in 79 localities arose between 1917 and 1932, the life span of the fund. Similar to the Courtland School, 50 percent of Virginia’s Rosenwalds were two-teacher type schools built from plans provided by the Rosenwald fund.